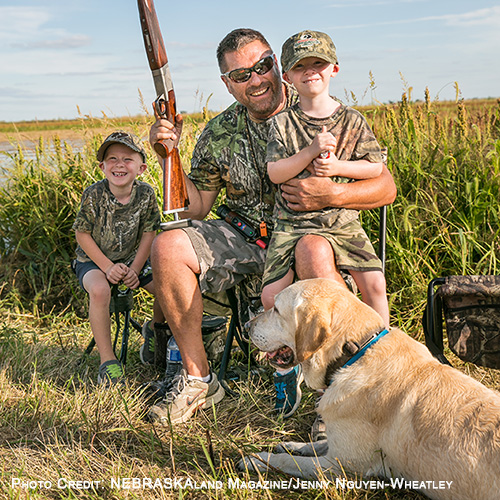 At 777 Hunts, he’s an upland guide as well as a waterfowl guide. When he’s guiding at 777 Hunts, he loves meeting new people and hearing where they are from and listening to them tell their stories. He never feels like he’s working when he’s at 777 Hunts.
With over 25 years of hunting and shooting experience, Terry is also on Browning Pro Staff and Mossy Oak Pro Staff and tries to attend every youth event he can to attend to help get the next generation involved more in shooting and hunting.

When it comes to other outdoor activities, Terry is an avid fan of bow hunting, he’s an experienced waterfowl hunter, upland dog competitor and has even finished second in the world with his yellow lab, Bub. He also loves spending time with his sons and helping them develop their outdoor passions as well.
When it comes to his “day job” and he’s not pursuing his passions, Terry is building houses and loving it. He looks forward to being your guide!